The B.C. Invasive Mussel Defence Program was in full swing in 2021. The goal of the program is to prevent the introduction of zebra and quagga mussels (ZQM) into B.C. The program began in 2015 and consists of watercraft inspection stations, an outreach program, and lake monitoring.

In 2021, the Central Kootenay Invasive Species Society (CKISS) collected 267 samples from nine waterbodies in the Central Kootenay region as part of the provinces’ mussel lake monitoring program. The samples were then sent to a provincial lab for analysis. We recently received good news – all the samples came back negative for the presence of ZQM!

ZQM are two freshwater invasive species that are originally from the Baltic Sea. They were introduced to North America’s Great Lakes in the 1980’s via ballast water of international shipping vessels. They have since spread throughout Ontario, Quebec, Manitoba, and twenty-four America states.  Early detection of ZQM is critical because they have negative impacts on biodiversity, water quality, recreation, fisheries, species at risk, and infrastructure such as hydropower facilities and municipal water supplies.

The negative results report is welcome news considering earlier in the year the Province of B.C. and CKISS were alerted that live invasive zebra mussels had been found in shipments of aquarium moss balls sold at pet stores in B.C. and other western provinces and states. The B.C. Conservation Officer Service sprang into action and reached out to over 1100 pet stores and seized more than  9000 moss balls to prevent the sale of moss balls that may be contaminated with ZQM.

The overland movement of uncleaned watercraft and related equipment is the number one way that ZQM spread to a new waterbody. The small mussels attach to hard surfaces, like boat hulls, and can survive for several weeks out of water. In addition, the free-swimming larvae of ZQM can survive for weeks in standing water in a boat’s bilge, ballast, wells, or engine compartments. For this reason, the B.C. Invasive Mussel Defence Program coordinated nine water craft inspection stations along major transportation corridors throughout the province from mid-May to late October 2021. It is mandatory for ALL watercraft to stop at these stations to be inspected for the presence of ZQM. 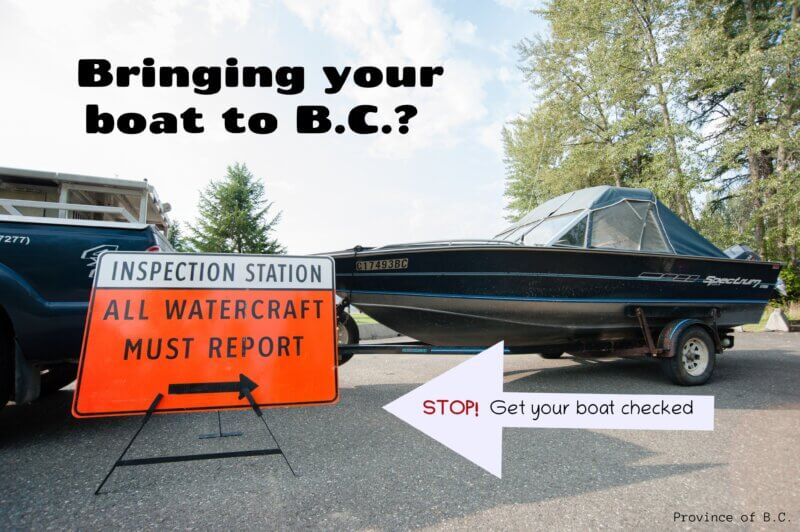 It would only take one contaminated boat to start a new ZQM infestation! CKISS would like to remind the public that suspected invasive mussels should be reported immediately to the Conservation Officer Service’s Report All Poachers and Polluters: 1-877-952-7277 (RAPP). In addition, all watercraft owners should follow Clean, Drain, Dry protocol when traveling between waterbodies to prevent the spread of aquatic invasive species. Aquarium owners are urged NEVER to dump the contents of their aquariums into natural waterways or drains. Dispose of aquatic plants by drying and freezing them and then adding to household garbage.

CKISS acknowledges the support of its funders who supported the CKISS mussel-monitoring & education program including Columbia Power Corporation, and Fortis BC.