Wetlands are any area that holds water either temporarily or permanently and come in a wide variety of forms, shapes, and sizes. Wetlands are some of the world’s most productive ecosystems, providing unique wildlife habitat and biodiversity. Wetlands prevent flooding, filter our drinking water, remove and store greenhouse gases, and offer countless recreation opportunities. Unfortunately, wetlands are also one of Earth’s most threatened ecosystems and protecting them is crucial to the future of our planet. The Creston Valley Wildlife Management Area has been deemed a wetland of international importance with close to 400 different wildlife species calling the area home. 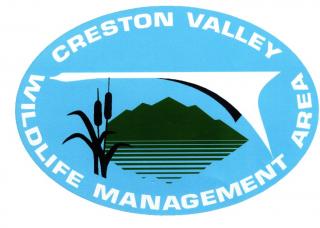 Species at risk are in danger of becoming extinct (gone from the world) or extirpated (gone from a certain part of the world). Species at risk are usually in jeopardy because of environmental or human-induced changes to them or their habitat on a local, regional or global scale. Wetland habitat has been lost or damaged as a result of urbanization, agriculture, industry expansion and invasive species.