It is estimated that in the eastern states and provinces over six–million bats have been killed by, an invasive fungus called white-nose syndrome (WNS). The fungus invades bats that are hibernating, causing the bats to wake up early, which in turn depletes their fat reserves, creates dehydration and eventually causes death. Sadly the first case was detected in the west in March 2016. 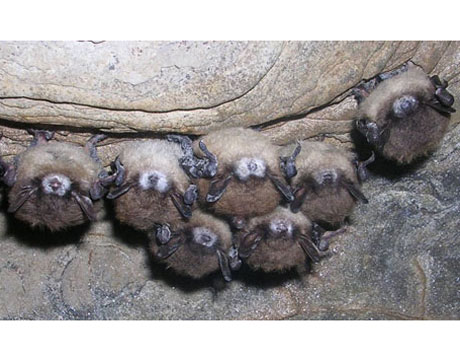 We are asking your help!

While you are out and about this fall enjoying your handful of bike rides and hikes before the snow flies be on the look out for BATS.

A bat with White Nose Syndrome make exhibit some of the following symptoms:

If you find sick or dead bats follow these steps:

Other things you can do to help: