In order to commemorate invasive species action month students from Twin Rivers Elementary school took part in a field trip organized by their teacher Lawrence Redfern and the Central Kootenay Invasive Species Society (CKISS). On May 24th the Grade 6/7 class arrived at the Kootenay Gallery prepared to get their hands dirty in order to participate in a “Broom Bash”!  The group mechanically removed a large patch of Scotch Broom across from the gallery using a variety of landscaping tools.  Scotch Broom (Cytisus scoparius) is an escaped ornamental evergreen shrub that can increase wildlife fuel loads, obstruct site lines in roads, limit movement of large animals and displace native plant species. 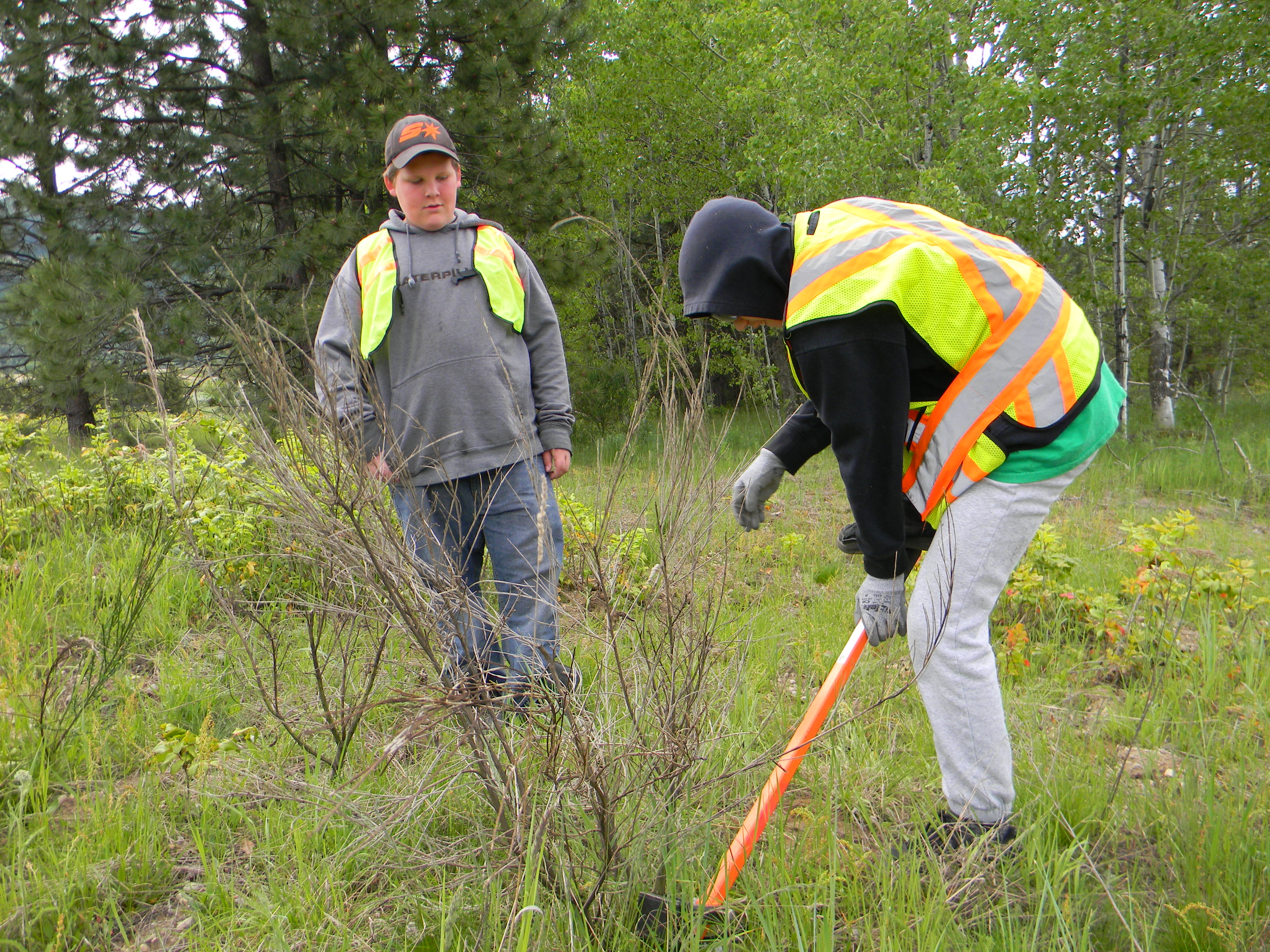 “We were impressed by how determined the students were in order to mechanically remove the Scotch Broom. In total we brought 26 full bags of the invasive shrub to the local landfill.” states Laurie Frankcom, Education Program Coordinator for CKISS “This is proof that if young students can take action to prevent the spread of invasive species so can the rest of us!”

In addition to the “Broom Bash” the students took part in a restoration project funded by the Eco Action Community Funding Program and planted 60 native plugs adjacent to the footpath in front of the gallery. According to the International Union for the Conservation of Nature, invasive species are the second greatest threat to biodiversity after habitat loss.  Invasive plants lack any natural predators and controls and as a result are outcompeting native species for space and resources.

“Students had the opportunity to work with CKISS staff and learn more about the native plant species that we are working hard to protect.  The students planted 30 Kinnikinnick (disambiguation) and 30 Pussytoes (antennaria) plugs in order to boost the health of the local ecosystem” states Frankcom

CKISS will be monitoring the success of the new plants over the next year. They ask for the public’s cooperation to leave the planting site undisturbed in order to make the project a success.

This project was made possible with funding from: