To get British Columbians active in preventing and stopping the spread of harmful invasive species, the BC government has officially declared the entire month of May as Invasive Species Action Month.  Invasive species threaten BC’s environment, economy and society, including human health, but stopping invasive species is possible if we take action now to prevent, detect and manage invasive species.

“The Central Kootenay Invasive Species Organization’s outreach booth will be attending a variety of community events throughout the West Kootenays in order to speak directly to residents about invasive species,” states Education Program Coordinator, Laurie Frankcom, of CKISS. “Our goal is to educate folks on what simple actions they can take to protect this beautiful region against the harmful impacts of invaders.”

The CKISS outreach booth can be found at the following locations in May:

“We want to concentrate on public education in order to raise awareness on how invasive species can spread and their impacts. Humans are the number one way invasive species are introduced through the horticulture industry, the pet trade and by ‘hitchhiking’ on watercraft, clothing, vehicles and even your pet!” states Frankcom. “Prevention is key; we want people to take action by cleaning their recreation gear and watercraft, choosing non-invasive plants for their garden and not releasing exotic pets into natural places. By taking our outreach booth on a tour this spring we hope to spread the word…not the weeds!” 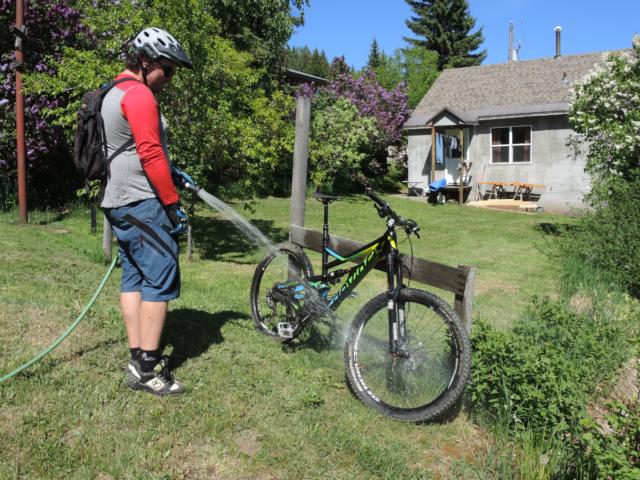 All across BC, Invasive Species Action Month is being celebrated and promoted. The public is encouraged to post to social media using the hashtag #bcinvasives and a website has been set up at www.bcinvasivesmonth.com. The website has information about how to prevent and stop the spread of invasive species in gardens, parks and forests, through sporting and camping activities, in lakes, rivers and oceans, and in cities, towns and across the province. There are links to events and activities being organized by the Invasive Species Council of BC, regional invasive species committees like CKISS, and local governments and stewardship organizations across BC, including in Central and West Kootenays.