The Together in Action (TIA) Awards, were launched in 2014 by the Invasive Species Council of BC (ISCBC) to recognize and celebrate the accomplishments of those going over and beyond their work in the field of invasive species management in BC.  Every five years Milestone TIA (e.g. fifteenth anniversary in 2020) are presented at a gala event during the annual Forum. This years Forum will take place on February 11-13, 2020 in Richmond BC.

CKISS nominated two individuals who have gone above and beyond to help control invasive species in the Central Kootenay Region.

Terry Anderson of Nelson B.C. is a dedicated team member that has been instrumental in establishing an invasive species program in the West Kootenays.  He is passionate about tackling invasive species within and outside of his working career. He remains a volunteer on the Board of Directors for us, the Central Kootenay Invasive Species Society, a society he helped found in 2005, in the role of  “treasurer for life”. Thank you Terry for your bright spirit and loyal dedication. 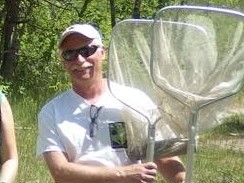 Ruth is a passionate weed puller who volunteers hours of her time to work on sites in her community that are full of scotch broom, baby’s breath and blue weed. Ruth can be spotted throughout the township of Nakusp with her high-vis vest on,her signature sun hat and hand tools tackling a variety of infested sites in the town on her own or as a pat of a CKISS community weed pull event. We thank her for her hard work and dedication! 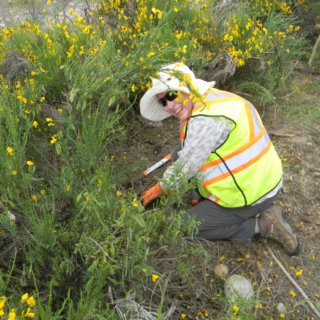