Spring is around the corner! Before we know it, the snow and ice will melt and invasive American bullfrogs will emerge from their winter hibernation. Early detection of invasive bullfrogs is key in saving our native frogs! We are looking for your help finding American bullfrogs in the Kootenay region. You don’t need to be a biologist to ID these robust frogs as they possess some easy to spot characteristics that set them apart from native BC frogs and toads.

What habitat do American bullfrogs prefer?

Click here for our American bullfrog vs native BC frogs ID sheet. 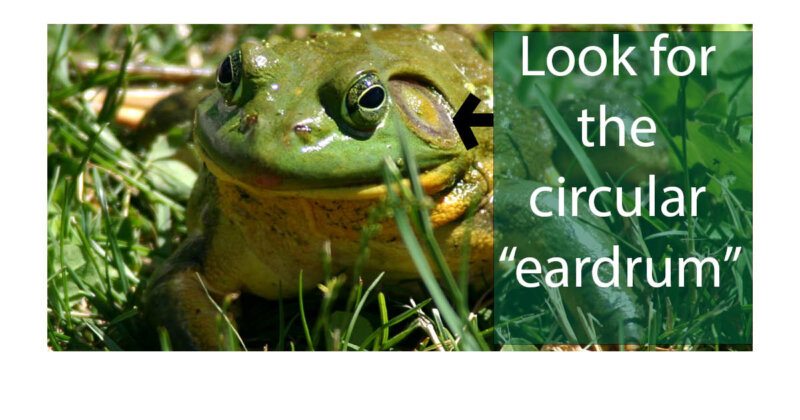 Males make a distinct call during mating season, May to August to establish territory and attract females. Click on the link below to listen to it’s unique call.

Why should you report invasive American bullfrogs?

If YOU see or hear a bullfrog report it!

If possible, please take a photo and record location details.
DO NOT HARM/ MOVE/CAPTURE ANY FROGS, TADPOLES OR EGG MASSES. Leave this to the experts on the American Bullfrog Action Team. Thanks!

This program is made possible by funding from Columbia Basin Trust, Environmental Damages Fund, and the Province of BC.